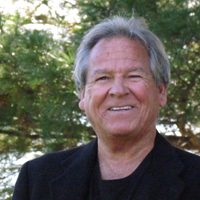 Woody Allen is the Chief Financial Officer of BIA Financial Network (BIAfn). In addition to overseeing the financial activities of the company, Allen is a business strategist, coach and mentor to companies in the US and Europe. He brings to his role of CFO more than 35 years experience as a C-level executive, including roles as President, Executive Vice President, Chief Financial Officer and Chairman of the Board for publicly traded companies.

Allen has served on the Boards of Directors of numerous companies in businesses ranging from radio broadcasting to semiconductor equipment manufacturing. His current roles include Chairman of the Audit Committee for Precision Tune Auto Care, a global franchisor of auto care centers; chief strategist and Board member for CEO-CF, a Europe-based company specializing in facilitating collaboration among entrepreneurial CEOs; and President of Allen Management Services, a company which offers financial, leadership and executive training to mid and high level executives of small to medium-sized businesses.

Allen was recently named to the Board of publicly traded GBS Enterprises, and will serve as Chairman of the Governance Committee. After earning his degree in Finance and Accounting, Woody has studied business, linguistics, biology and somatics with a variety of renowned teachers. He is a certified Master Somatic Coach with Strozzi Institute, a California-based educational organization, and has been published in an anthology entitled, “Being Human at Work.” He is also a colleague with Synthesis-LLC, a New York-based training and development organization that mobilizes leadership teams to create increased productivity, satisfaction and value.