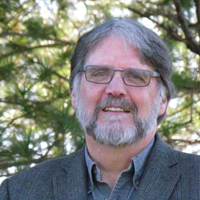 Senior vice president Mark Fratrik serves as BIA Advisory Services’ chief economist and is responsible for forecasting across all local media segments. He also manages the company’s numerous proprietary databases and conducts primary research on various trends as they affect the broadcasting and related communications industries. Additionally, Mark is heavily involved in BIA’s strategic and financial consulting projects, conducting research and analysis for clients on matters related to the broadcasting, digital media and related communications industries.

Throughout his career, Mark has researched and spoken at numerous conferences on the impact of the economy on the broadcasting industries, revenue trends, proposed and enacted regulatory changes, and new media technologies. He has also been heavily involved in analyzing the financial impact of the upcoming FCC reverse auction of local television stations.

He is often quoted in the media and is a leading spokesperson concerning trends and forecasts for the media industry including analyzing competitiveness of media and related industries. He is the author BIA’s series of studies on the state of the radio and television industry.

Mark received his Bachelor of Arts in mathematics and economics from State University of New York at Binghamton and his master’s and doctoral degrees in economics from Texas A&M University. He served as an adjunct professor of economics at Johns Hopkins University for more than seven years.

In his spare time, Mark continuously strives to improve his golf game in the shadows of the Blue Ridge Mountains in Virginia, in part hoping to increase the number of aces he has accomplished, which now stands at one.