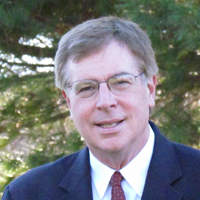 William Redpath is a vice president for BIA/Kelsey with an expertise in the appraisal of broadcasting, cable and telecommunications properties, and their tangible and intangible assets.

Redpath began his career as a staff auditor in the Cincinnati office of Arthur Andersen & Co. from 1980 to 1982. Subsequent to that, he was assistant financial manager of WISH-TV, Indianapolis. He then joined the Internal Audit Department at ABC, New York, and next served as a senior financial analyst with NBC in New York. He joined BIA/Kelsey in 1985.

Redpath has prepared hundreds of valuations of business enterprises, privately held equity interests, and purchase price allocations for financial and tax reporting purposes. He has been an expert witness in numerous litigations. He has authored articles for the BCFM Journal and other professional journals on intangible asset valuation. He has testified in state courts, U.S. District Court and U.S. Bankruptcy Court on valuation matters.

Redpath is a Certified Public Accountant licensed in the Commonwealth of Virginia. He is a member of the American Institute of Certified Public Accountants, from which he has earned the Accredited in Business Valuation (ABV) designation. He is also an Accredited Senior Appraiser (ASA) in Business Valuation with the American Society of Appraisers, a Chartered Financial Analyst (CFA), and he holds the Certificate in Investment Performance Measurement (CIPM) designation from the CFA Institute.

Redpath earned his B.A. in economics and political science from Indiana University and his M.B.A. from The University of Chicago.